I am starting to think the sleep gods have it in for us. Lordsburg is the noisiest place I have ever stayed. About 3am the trains start coming through. Horns blaring on top of the already loud noise trains make. Then at 5 the semi truck parked outside our room starts up. Being a good truck driver he looks after his engine by letting it warm up for 1/2 hour before heading off. Lack of sleep however  can not dampen the excitement of starting our hike. All I take from the noise is that I should have brought ear plugs.

The shuttle leaves at 6:30 and everyone mills around the car park swapping names and stories. There are 11 of us heading off today with us traveling in two four wheel drives to the boarder.

Saying the road to crazy cook is rough would be a gross understatement but it is a very scenic and gives us time to to get to know some of our fellow hikers.

The road to Crazy Cook 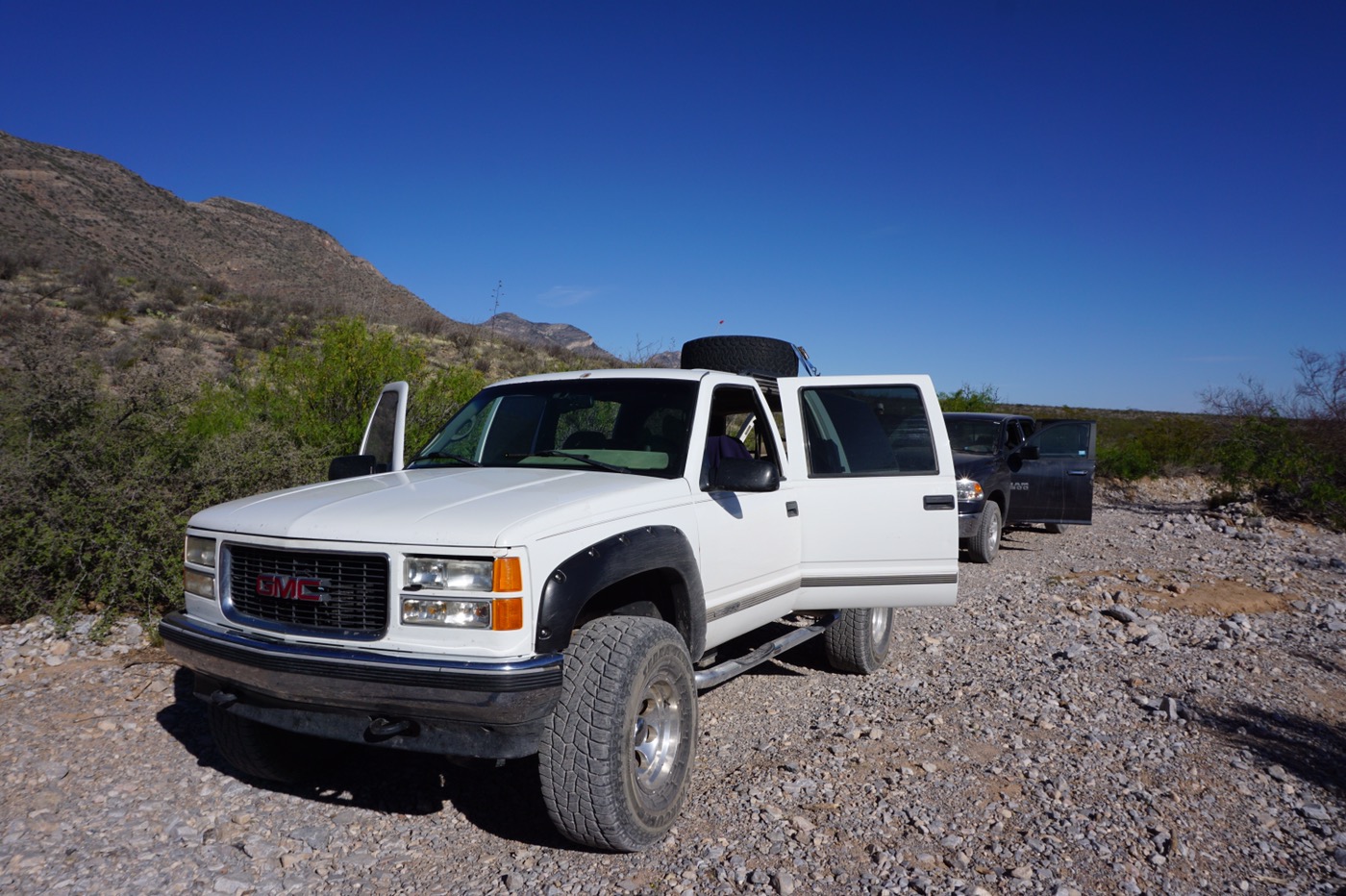 Start of the trail

My first visit to mexico, the fence is the border

An invasion of umbrellas 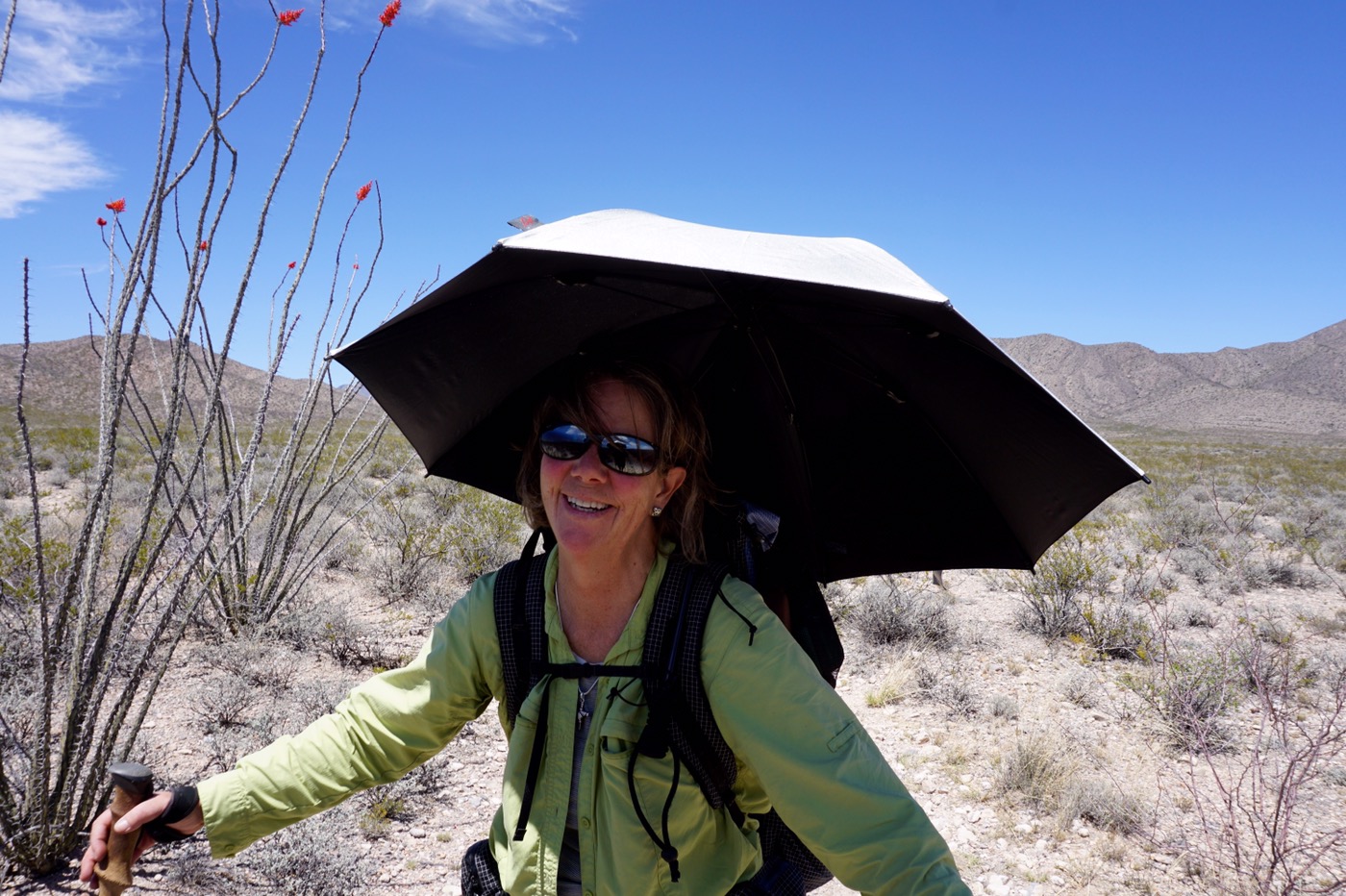 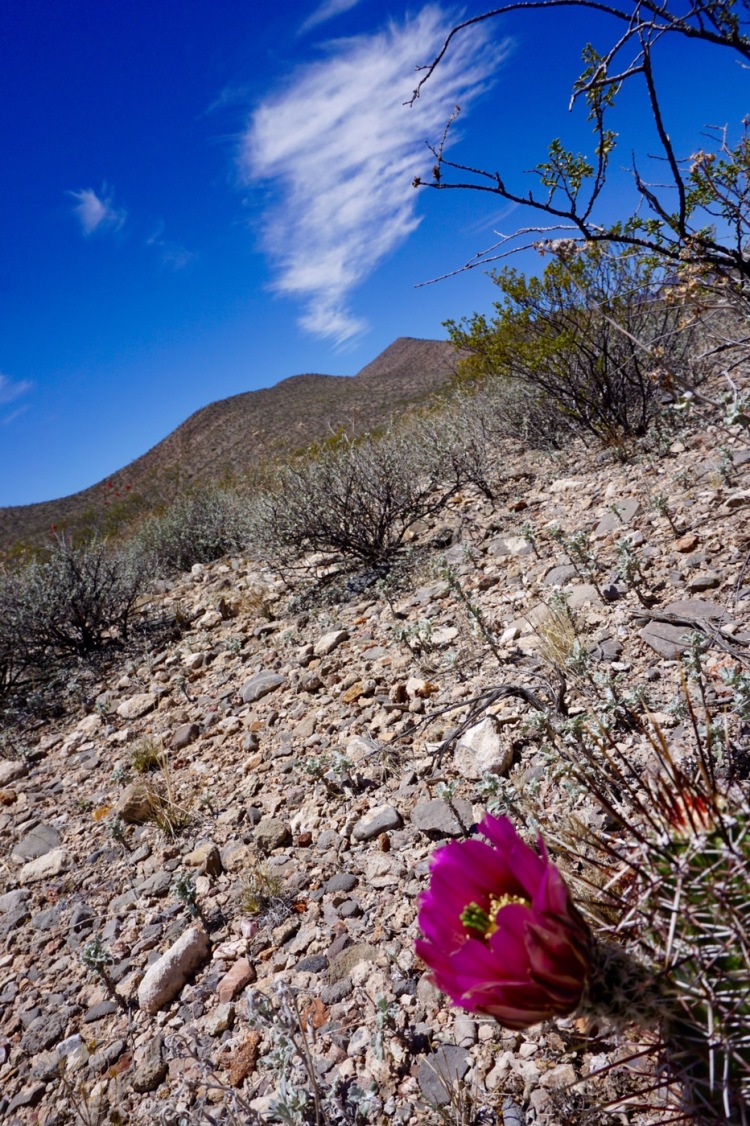 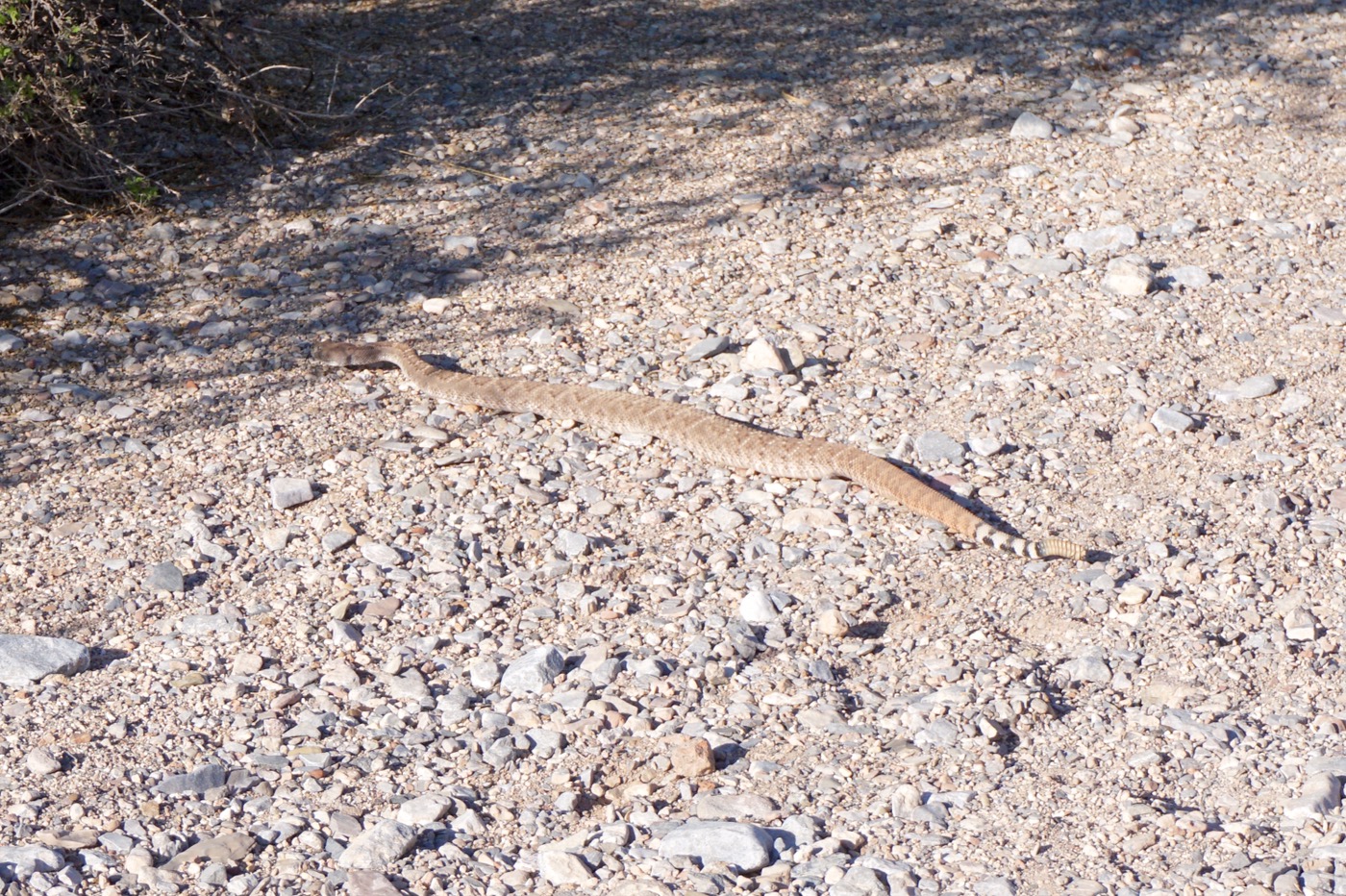 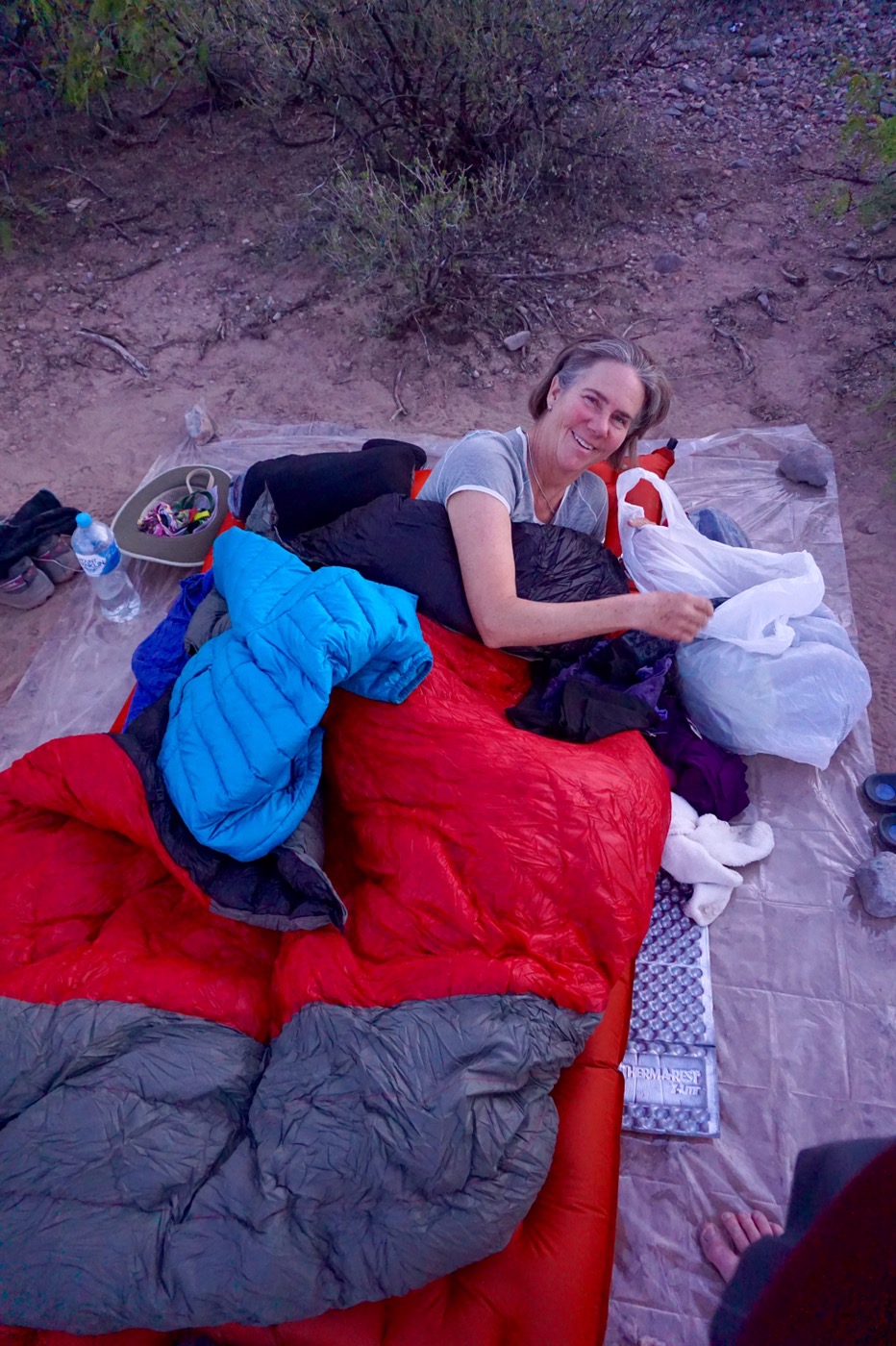 View from our bed

Uber dude is finishing his triple crown and in his younger days completed theTrans America Bike Route, Samo is from Slavonia and it is his first long hike. Halfmile and Deb have done the PCT before and are back for another trail. Odometer and Gutsy have been doing sections of the CDT for many years and this year are completing New Mexico. After the first few miles we a sorted out into various groups with the young ones taking off at a pace we can’t match. I would be surprised if we see them again.

The three older couples, Deb and Half mile, Odometer and Gutsy and us all end our first day camped at the first water cache box.

The first days hike was hot but interesting. As our first time hiking in the desert it was great noticing all the desert plants many of which are starting to bloom.

We used or umbrellas for the first time and it was a welcome relief from the hot desert sun beating down on you. During the hottest part of the day we came to a river wash area with just a little bit of shade from the bank on one side.  Gutsy, Odometer and Samo were already sheltering from the sun and we decided to join them.

We started hiking again at about 3:30 but the day was still very hot and we stopped about 5pm for shade and an early dinner. We were counting ourselves smart and resourceful for stopping at such a great place until we became swarmed by bees.  It seems that bees in the desert are attracted to any water source and the extra water from our cooking had brought them in.  Yeti bailed quickly after her first bite as she is somewhat allergic to the stings and I had to carry her pack to her as she kept moving away from the hive.

On the last part of the hike to the water cache we saw our first rattle snake. A big one Uyetsga tells me. About 5 feet long with a rattle section of about 6 inches.

A little learning curve what  to watch out for

We cowboy camped that night to a beautiful night sky with an almost full moon and lots of stars. A great way to end our first day.