We woke to find ice in our Sawyer 2L water bag and a stick piercing the side. I had dropped the bag on the ground last night and this was apparently enough force to push the stick through the bag. We are not having a lot of luck with the Sawyer bags. The first got pierced by a thorn before Lordsburg. We fixed this with some tape but then it split around the top. Number 2 lasted until Reserve. I still have two more but we will need to find replacements soon. 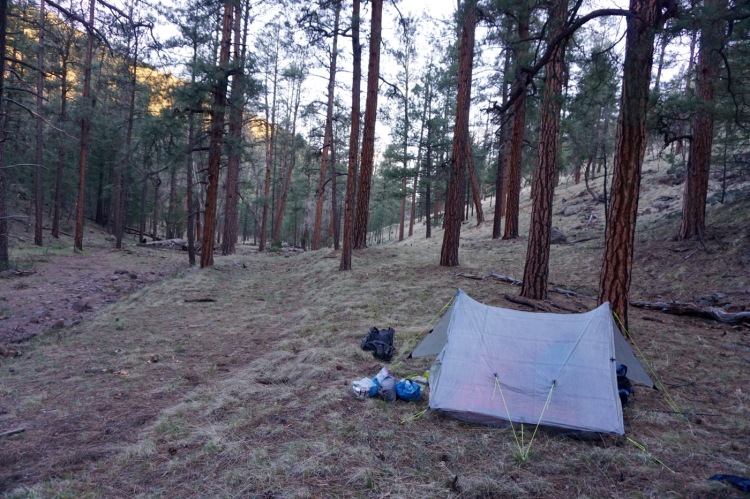 In the morning we set off up the valley for what was supposed to be a bit of bush bashing but we were delighted to find a trail all the way. Yeti was still in a great deal of pain and it was going to be a long slow walk out for her.

We climbed the hill from the bottom of the canyon to rejoin the official CDT as it passed over the top of another peak.

The views from the top were spectacular. We were surround by plains with a few much lower hills on the far distant horizon. 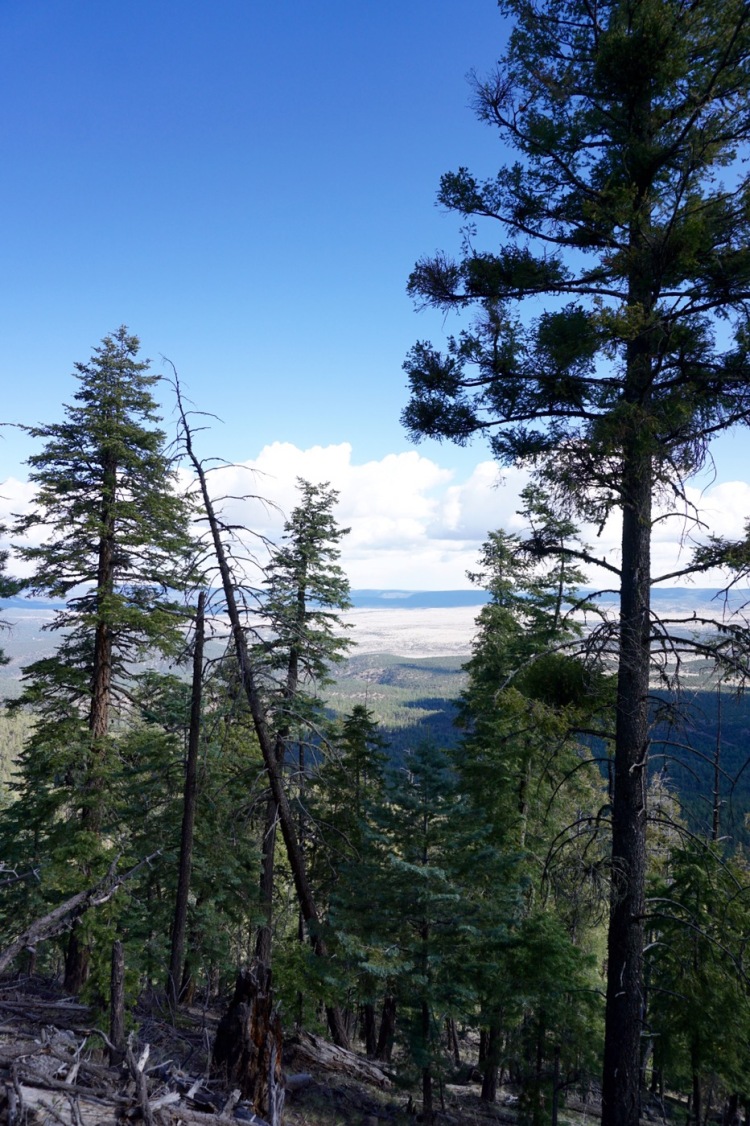 When we got to the bottom of the hill Yeti was down to counting steps to get through the pain and make the road. I injured my leg on the second last day of our Colorado Trail hike last year and I know exactly what Yeti is going through. You just want to stop but you are still miles from anywhere and you have to just keep going.

When we got to the last couple of miles we were treated to a magnificent rain storm that we got to watch it move completely around us. Once again our luck was holding and all we got was a few drops.

We were both very happy to make it to the highway and Yeti pulled out her Reserve sign she made in Silver City all those miles ago. We thought we would give it an hour and if no one picked us up we would call the shuttle to come and get us. The first car came past about 10 mins after we got there and went speeding on by. The second car was about another 5 mins after that and he sped past. But our luck was holding because he braked, turned around and picked us up.

It was a great relief to get to town and into the hotel. 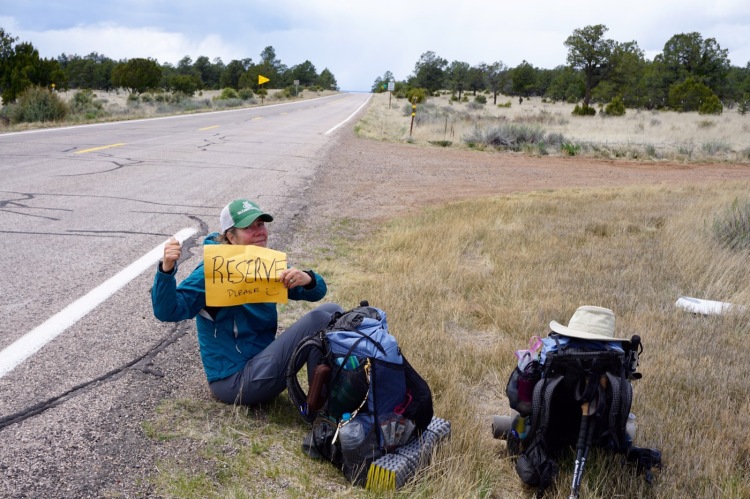