Our camp site this morning was only 0.7 of a mile from the New Mexico boarder and we were hoping for a sign to mark the auspicious occasion of the completion of our first state and approximately 720 miles (1160km) of hiking. Either we missed it or there is not one but it still felt good when the GPS said we had made it to Colorado.

The hike out to the trailhead was a spectacular trail running along the ridge with views over Cumbres valley. We stopped several times to admire the views. There was still parts of the trail covered in snow and we had to do a bit more postholing but navigation was easy and we knew the end was in I sight.  Aa couple of times Yeti commented that she thought we were done with the snow and were in the clear but the mountain wanted to hold on to the last and gifted us with snow until the very end.

As we had plenty of time before our friend Amanda was to pick us up we took advantage of the view to have breakfast looking out over the valley.

We had one last hill decent to get to the road but the mountains could not let us go without throwing one last little bit of snow crossing in our path. All of the mountains attempts could not dampen the happiness of a town day coming up. 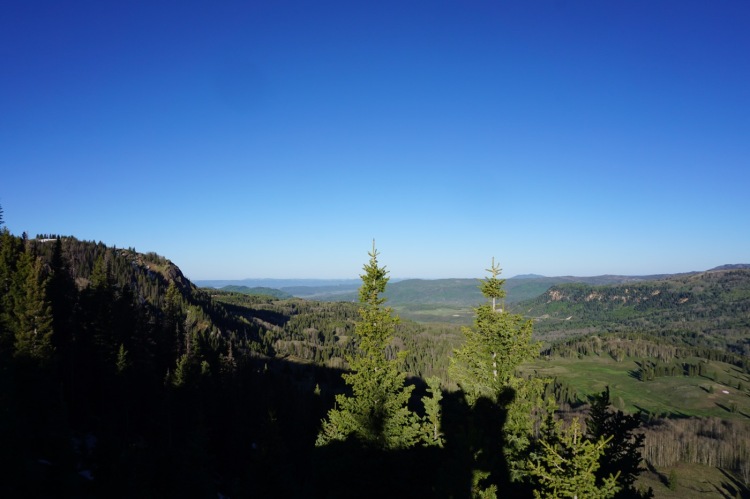 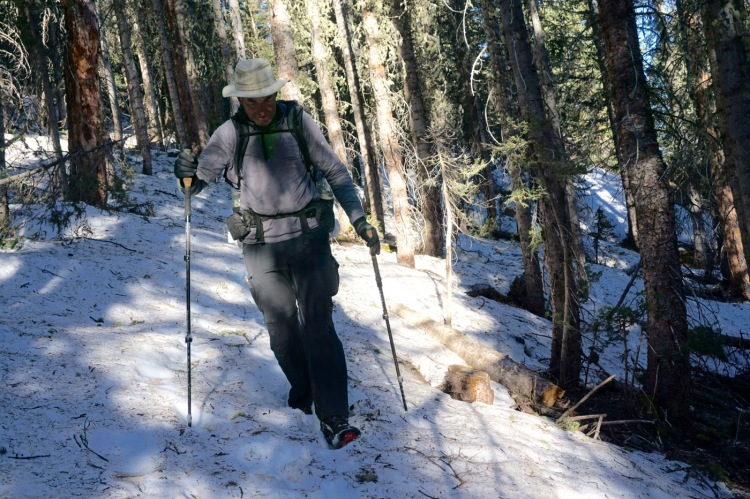 We made it to the car park and decided we should try to wash in the stream to reduce some of the smell we would be inflicting on Amanda. Yeti washed her hair and I tried an all over bird bath. Yeti had said the water was very cold and gave you a headache but it was not until I got my head in the water that I realised she was understating the cold and the pain it gave you. It was like a brain freeze you get when eating ice cream but magnified 10 times. One thing about washing in snow run off is that it feels really good when you stop. 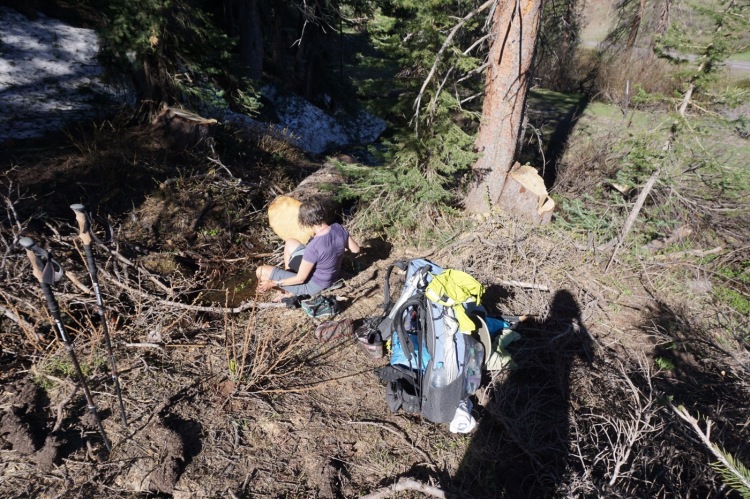 So now that we were clean and wearing our cleanest clothes we felt better when Amanda and Ryan arrived a few minutes later.

We ended up spending the weekend in Alamosa with Amanda and Ryan and having a great time. We even got to go to the Rio festival and see a couple of bands.

Ryan dropped us off at home about 5 on Sunday afternoon and it felt wonderful to back to our mountain home. It is a beautiful time of the year in Colorado.

Now we start preparing for the next segment of our trip. We are not sure of our departure date as we are watching the snow depth.