After New Mexico we swapped to the Ley printed maps from the Bear Creek printed maps. We always had the electronic version of the Ley maps but it is hard to get the big picture when looking at a small screen. The Ley maps have more alternate routes drawn on them. We took a few of the Ley alternates in New Mexico but missed a few because it was too hard to read on the phone. The Ley alternates are often shorter than the offical trail while not skipping the special parts of the trail so often worth doing.

Today’s section had an alternate that was actually longer but the alternate went along a road while the official route went cross country. We choose to do the official route. As soon as we got to the fork of the two routes we questioned this decision. The offical route started with a climb through a barb wire fence and then a decent down the dirt hill and across a gully with no obvious trail. 1/2 a mile later we found the two track the tail followed and decided it was not too bad.

The problem with these wide open spaces is that you can see a long long long way. Why is that a problem you ask? When we are hiking we set ourselves small goals of distance. Even subconsciously we mark the distance off in small achievable goals but on a plain that goes on for ten miles without even a bump your only reference point is the horizon at least half a days walk away. It seems like you are trapped on a tread mill walking for hours but not making any progress. We walk a couple of hours take a foot break, walk another few hours and finally get to the rise we have been staring at for the last four hours. We spend the morning walking one of these plains. At the end of the plain we hit the road which is also the end of the alternate. Not more than two minutes after we hit the road a truck comes past with two hikers in the back. We look at them enviously as they click off the road walk. The truck pulls up 1000 yards down the road and the hikers get out and head off down the trail.

Shortly after we finish the road and get back on the trail we meet the two hikers, Mother Goose and Fire Ant. They started the CDT last year and made it to Pinedale half way up the winds and have come back this year to do the second half to the Canadian boarder.

Lunch today is spent sitting on a rock pile sheltering under our umbrellas from the hot sun. As we are only just out of town it is a rather luxurious lunch of rolls, a pepper covered salami and Swiss cheese. I do love my food and carrying some extra weight to have really good food is not a luxury in my opion. It is essential to the enjoyment of the hike.

Mid afternoon we arrive at a solar well that is in some need of repair. It is supposed to fill a trough for the animals and then a dam with the overflow. The pipes from the pump to the trough are broken off and the pump is running against two closed taps and not pumping any water. We open the valves and are treated to cold clear water which we take full advantage of by drinking several litres while shaded under our umbrellas and the take another 7 litres with us for the rest of the day and the 3 hours or so we will need to hike tomorrow to get to the next water source.

The afternoon is spent hiking another long and very very hot plain. Without our umbrellas it would be almost unbearable.

We make over 20 miles for the day and camp on a rise looking out to another solar well 1/2 a mile away. As we look for a spot amongst the sage brush and rocks we see at what first we take for cattle but then soon realise is a very large heard of wild horses. Yeti is very excited as wild horses are something she has dreamed about from her early childhood. If we were not so tierd I am sure she would want to try and hike another mile or so to be closer to them.

As we set up we see multiple stallions fighting with large dust cloud rising from their hooves as the chase each other from their band of mares.

We have our tent setup and are standing there watching the horses and beautiful fully black stallions breaks off and starts running in our direction. He is galloping at speed and we can hear him snorting as he approaches. Yeti and I are standing side by side watching him and wondering what he is doing. As he gets closer we realise he is coming for us. Yeti says I should pick up a hiking pole just in case. As I take the few steps to where the poll is and Yeti and I split the stallion suddenly realises that we are not a horse. It comes to a halt, snorts at us some more, turns, looks at us over his shoulder and then trots back to his mares. Of course we were too amazed by this behaviour to get a photo. 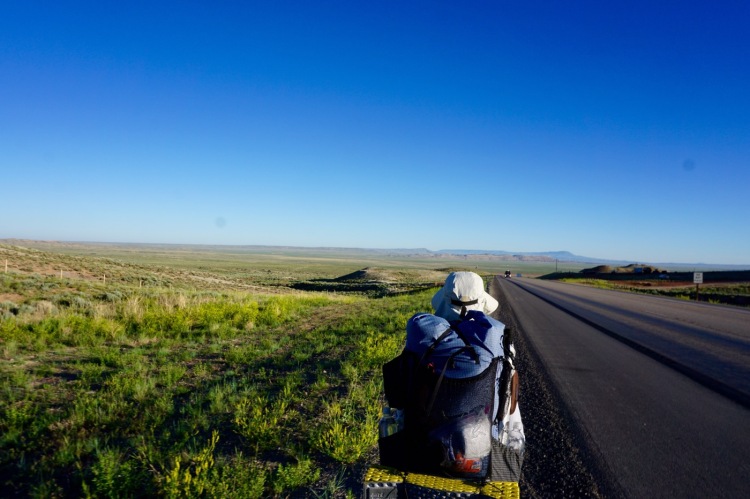 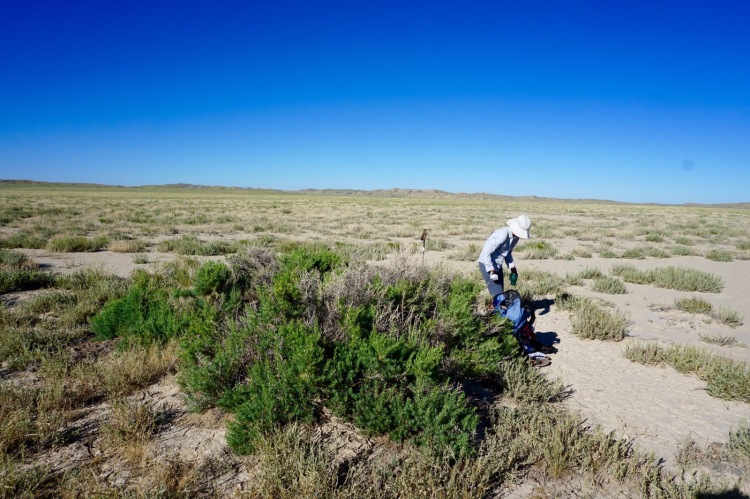 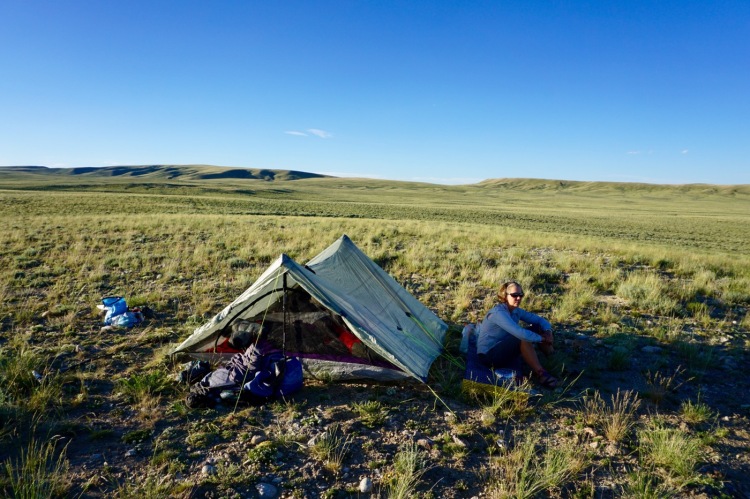